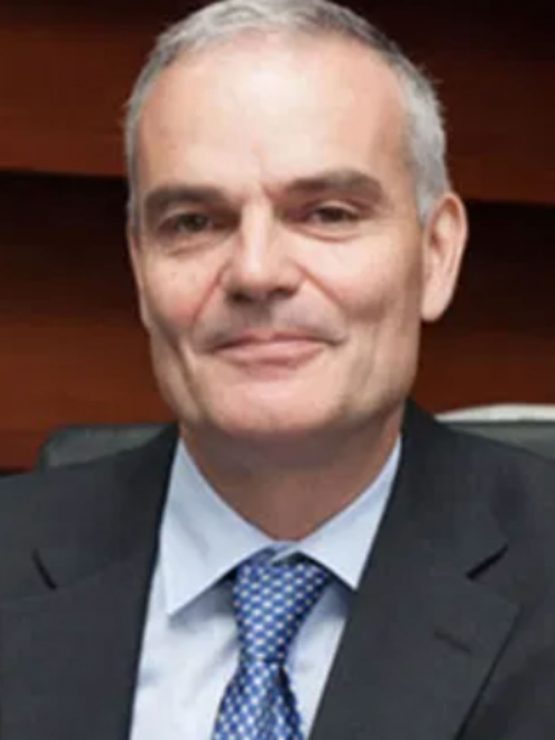 The University of the West Indies (The UWI) on Thursday announced that Professor Clive Landis will serve as the next Principal of its Cave Hill Campus in Barbados.

His appointment was confirmed at The UWI’s annual business meeting of its University Council on April 30 and approved by the University Council, following a recommendation from Vice-Chancellor, Professor Sir Hilary Beckles.“I wish to thank Council and the University community for residing confidence in me to lead the Cave Hill Campus as its sixth Principal,” Professor Landis said. “I pay tribute to my predecessors and pledge to continue building, on the foundations laid, an outward-looking Campus aligned with the development needs of Barbados and the Caribbean region.”

“He is a people-centred leader, and an advocate of social justice and economic transformation,” the Vice-Chancellor added.

Professor Landis, who joined The UWI in 2004, has served as Deputy Principal of the Campus from 2015-2019; as University Pro Vice-Chancellor for Undergraduate Studies from 2019-2021 and Chair of the UWI Zika Task Force in 2016. He is also currently Chair of the UWI COVID-19 Task Force, having assumed the role since February 2020. He will succeed retiring Principal, Professor the Most Honourable V. Eudine Barriteau with effect from August 1, 2021, for a period of five years.

Nearly two decades ago when Professor Landis began his service at The UWI, after relocating from Imperial College London, he took up a post as Senior Lecturer in the George Alleyne Chronic Disease Research Centre (GA-CDRC) at Cave Hill. In 2009, he earned promotion to the rank of Professor in Cardiovascular Research and was appointed Director of the GA-CDRC in 2013.

Professor Landis has published over 150 scientific papers and conference presentations, the majority arising from research conducted at the Edmund Cohen Vascular Research Laboratory that he founded as an annex at the GA-CDRC.

His research has focused on the role of inflammation during wound healing, vascular disease, and recovery post-surgery. A more recent interest has been viral and public health research: established viruses such as HIV as well as emerging viruses such as ZIKV and SARS-CoV-2.

Professor Landis’ interest in HIV has revolved around the Immunology Ph.D. programme that he founded at Cave Hill as well as a sixteen-year collaboration with the public HIV laboratory. He has published joint scientific papers with the Ministry of Health and Wellness and accepted appointment as Honorary Director of the government HIV laboratory from 2011–2018. During this time, he led the laboratory through accreditation cycles with the most prestigious international accrediting body, the College of American Pathologists. He has also helped expand Regional laboratory capacity as Chairman of the Caribbean Cytometry & Analytical Society.

As Chair of the COVID-19 Task Force, Professor Landis has published policy papers and technical reports analyzing the comparative effectiveness of the pandemic response by CARICOM. He has pledged to continue his chairmanship of the Task Force until the pandemic is declared over by the World Health Organization.

Together with his experience as a senior university administrator, Professor Landis brings an imbued sense of the importance to place students at the centre of all the University does, along with a distinguished track record of teaching, research, and outreach.

A dual citizen of the UK and Barbados, Professor Landis grew up in Switzerland, and is a fluent German speaker.

There are no upcoming events at this time.

The Swedes have rejected it, Dr Fauci says the US may soon approve it, the Chinese have started, but the...

With COVID-19 surging throughout the Americas and demand for diagnostics higher than ever, the Pan American Health Organization Director Carissa...

Washington D.C. 12 January 2022 (PAHO) – With COVID-19 infections accelerating in the Americas and the detection of the Omicron...