Malaria kills about 500,000 people each year, about half of them children in Africa. The new vaccine isn’t perfect, but it will help turn the tide, experts said.

The world has gained a new weapon in the war on malaria, among the oldest known and deadliest of infectious diseases: the first vaccine shown to help prevent the disease. By one estimate, it will save tens of thousands of children each year.

Malaria kills about half a million people each year, nearly all of them in sub-Saharan Africa — including 260,000 children under 5. The new vaccine, made by GlaxoSmithKline, rouses a child’s immune system to thwart Plasmodium falciparum, the deadliest of five malaria pathogens and the most prevalent in Africa.

The World Health Organization on Wednesday endorsed the vaccine, the first step in a process that should lead to wide distribution in poor countries. To have a malaria vaccine that is safe, moderately effective and ready for distribution is “a historic event,” said Dr. Pedro Alonso, director of the W.H.O.’s global malaria program.

Malaria is rare in the developed world. There are just 2,000 cases in the United States each year, mostly among travelers returning from countries in which the disease is endemic.

The vaccine, called Mosquirix, is not just a first for malaria — it is the first developed for any parasitic disease. Parasites are much more complex than viruses or bacteria, and the quest for a malaria vaccine has been underway for a hundred years.

“It’s a huge jump from the science perspective to have a first-generation vaccine against a human parasite,” Dr. Alonso said.

In clinical trials, the vaccine had an efficacy of about 50 percent against severe malaria in the first year, but the figure dropped close to zero by the fourth year. And the trials did not directly measure the vaccine’s impact on deaths, which has led some experts to question whether it is a worthwhile investment in countries with countless other intractable problems.

But severe malaria accounts for up to half of malaria deaths and is considered “a reliable proximal indicator of mortality,” said Dr. Mary Hamel, who leads the W.H.O.’s malaria vaccine implementation program. “I do expect we will see that impact.”

A modeling study last year estimated that if the vaccine were rolled out to countries with the highest incidence of malaria, it could prevent 5.4 million cases and 23,000 deaths in children younger than 5 each year.

A recent trial of the vaccine in combination with preventive drugs given to children during high-transmission seasons found that the dual approach was much more effective at preventing severe disease, hospitalization and death than either method alone.

The malaria parasite, carried by mosquitoes, is a particularly insidious enemy, because it can strike the same person over and over. In many parts of sub-Saharan Africa, even those where most people sleep under insecticide-treated bed nets, children have on average six malaria episodes a year. 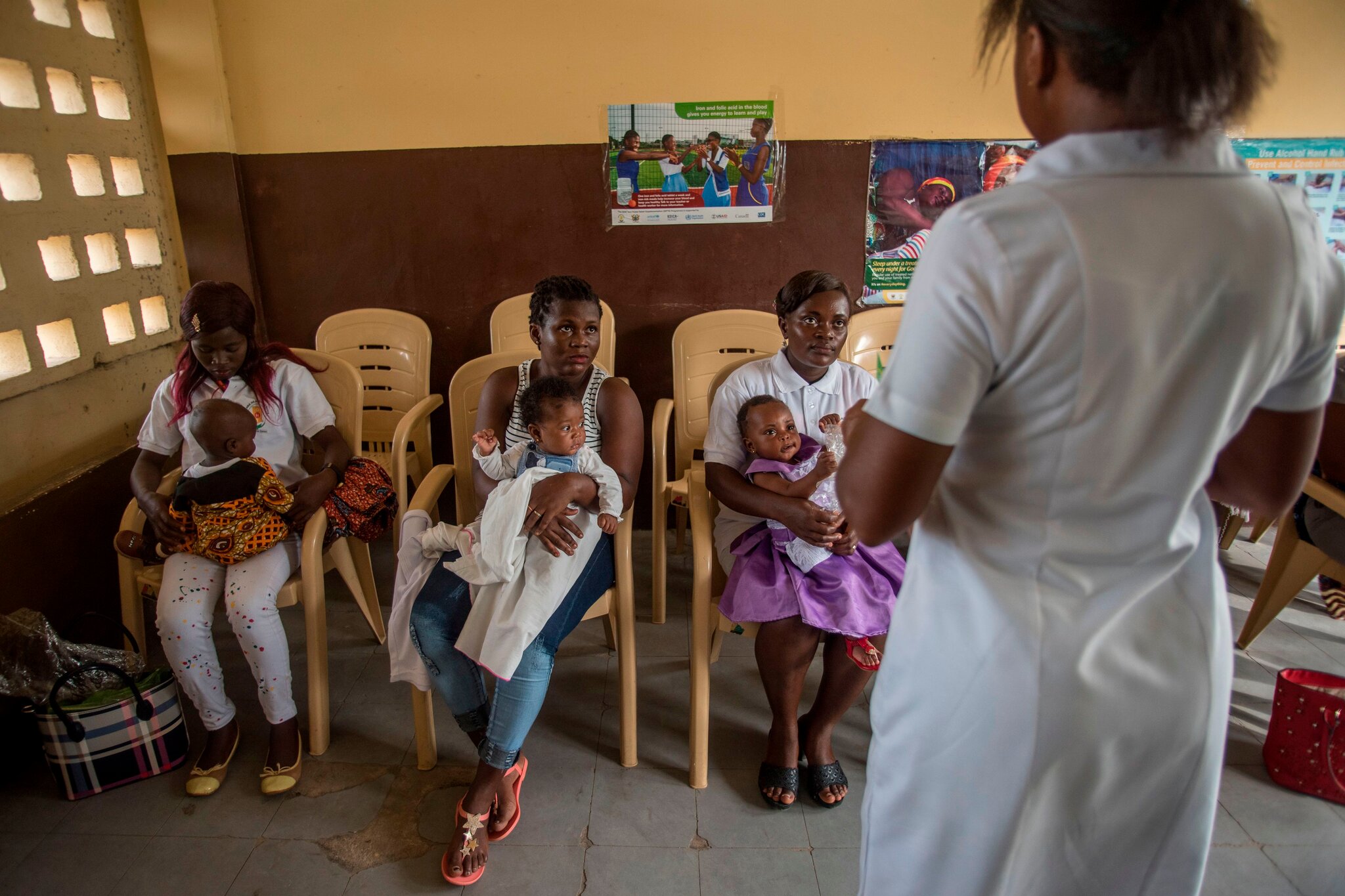 Even when the disease is not fatal, the repeated assault on their bodies can permanently alter the immune system, leaving them weak and vulnerable to other pathogens.

Malaria research is littered with vaccine candidates that never made it past clinical trials. Bed nets, the most widespread preventive measure, cut malaria deaths in children under 5 only by about 20 percent.

Against that backdrop, the new vaccine, even with modest efficacy, is the best new development in the fight against the disease in decades, some experts said.

“Progress against malaria has really stalled over the last five or six years, particularly in some of the hardest hit countries in the world,” said Ashley Birkett, who heads malaria programs at PATH, a nonprofit organization focused on global health.

Mosquirix is given in three doses between ages 5 and 17 months, and a fourth dose roughly 18 months later. Following clinical trials, the vaccine was tried out in three countries — Kenya, Malawi and Ghana — where it was incorporated into routine immunization programs.

More than 2.3 million doses have been administered in those countries, reaching more than 800,000 children. That bumped up the percentage of children protected against malaria in some way to more than 90 percent, from less than 70 percent, Dr. Hamel said.

“The ability to reduce inequities in access to malaria prevention — that’s important,” Dr. Hamel said. “It was impressive to see that this could reach children who are currently not being protected.”

It took years to create an efficient system to distribute insecticide-treated bed nets to families. By contrast, including Mosquirix among routine immunizations made it surprisingly easy to distribute, Dr. Hamel added — even in the midst of the coronavirus pandemic, which prompted lockdowns and disrupted supply chains.

“We aren’t going to have to spend a decade trying to figure out how to get this to children,” she said.

This week, a working group of independent experts in malaria, child health epidemiology and statistics, as well as the W.H.O.’s vaccine advisory group, met to review data from the pilot programs and to make their formal recommendation to Dr. Tedros Adhanom Ghebreyesus, director-general of the W.H.O.

“We still have a very long road to travel, but this is a long stride down that road,” Dr. Tedros said at a news conference on Wednesday.

The next step is for Gavi, the global vaccine alliance, to determine that the vaccine is a worthwhile investment. If the organization’s board approves the vaccine — not guaranteed, given the vaccine’s moderate efficacy and the many competing priorities — Gavi will purchase the vaccine for countries that request it, a process that is expected to take at least a year.

But as with Covid-19, problems with vaccine production and supply could considerably delay progress. And the pandemic has also diverted resources and attention from other diseases, said Deepali Patel, who leads malaria vaccine programs at Gavi.

“Covid is a big unknown in the room in terms of where capacity is currently in countries, and rolling out Covid-19 vaccines is a huge effort,” Ms. Patel said. “We’re really going to have to see how the pandemic unfolds next year in terms of when countries will be ready to pick up all of these other priorities.”

Heart Disease remains leading cause of death in the Americas

Evaluation of the relative virulence of novel SARS-CoV-2 variants

There are no upcoming events at this time.

The World Health Organization on Saturday declared the monkeypox outbreak a public health emergency. “I have decided that the global...

The Swedes have rejected it, Dr Fauci says the US may soon approve it, the Chinese have started, but the...

With COVID-19 surging throughout the Americas and demand for diagnostics higher than ever, the Pan American Health Organization Director Carissa...